Use “Escalating Interventions” to Intervene Gracefully in Your Next Meeting 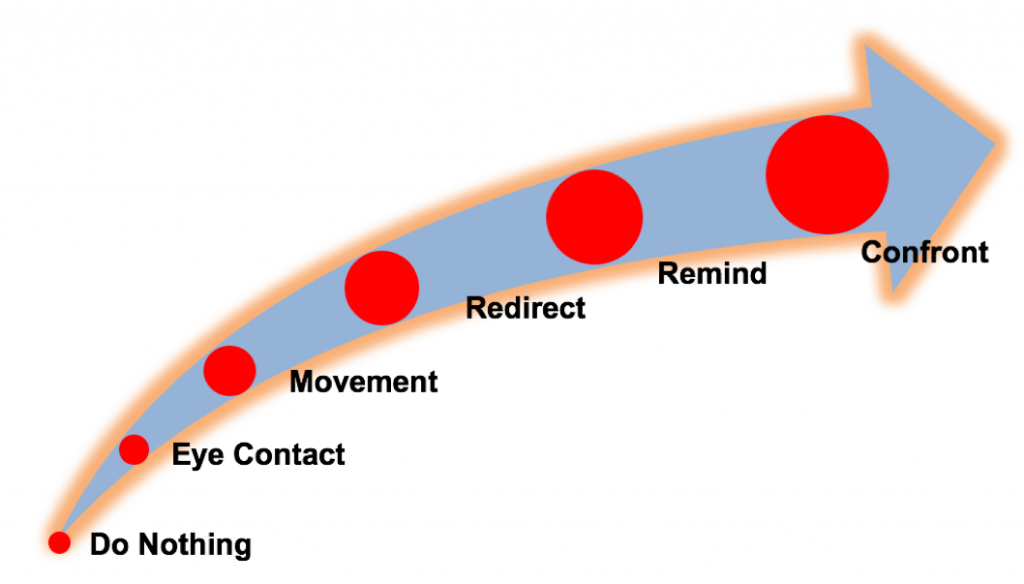 For the most part, people who are being disruptive in a meeting don’t realize the impact they are having on the team; they are just being themselves.  The key to handling these situations is to intervene gracefully while maintaining the self-esteem of the disrupter.

The best way to intervene is to prevent the problem from happening in the first place.  But preventions alone won’t keep all your problems from surfacing.

An intervention is any action or set of actions, deliberately taken to improve the functioning of an individual group or organization.  As supervisors, most of us are familiar with resolving the problem “off-line” or to the side.  While this strategy is effective in a boss/subordinate relationship, it is not an effective team intervention strategy.

As a team leader, facilitator or team member, observe:

You must intervene when a team member is doing something that concretely and tangibly affects the team.  A change in behavior is required for the team to progress.

You can intervene when you feel that your contribution would be helpful to the person/team.  However, you must have a strong enough relationship with the other person/team to have a reasonable chance of being heard.

Some general ground rules for interventions:

When you feel the conversation starts to stray, I suggest you use a process I call “escalating interventions.”  You’ll want to be firm, polite and fair because you often don’t have a whole lot of time and want to keep the conversation moving briskly.  So start with the lowest level intervention appropriate to the situation.  If that doesn’t modify the disruptive behavior, then kick it up a notch to the next level intervention.

Do Nothing.  You always have the option to do nothing and see if the situation resolves itself.  However, if you let one person run over, you penalize everyone else.

Confront the Disrupter.  This is the highest level of intervention, and you should only have to resort to this level if you have a jerk in your meeting.

In my experience, you will rarely climb to a confrontation, as long as you place prevention strategies in place and escalate your interventions appropriately during your team meeting.

Get More Done, Be Less Stressed: 5 Tips to Increase Productivity