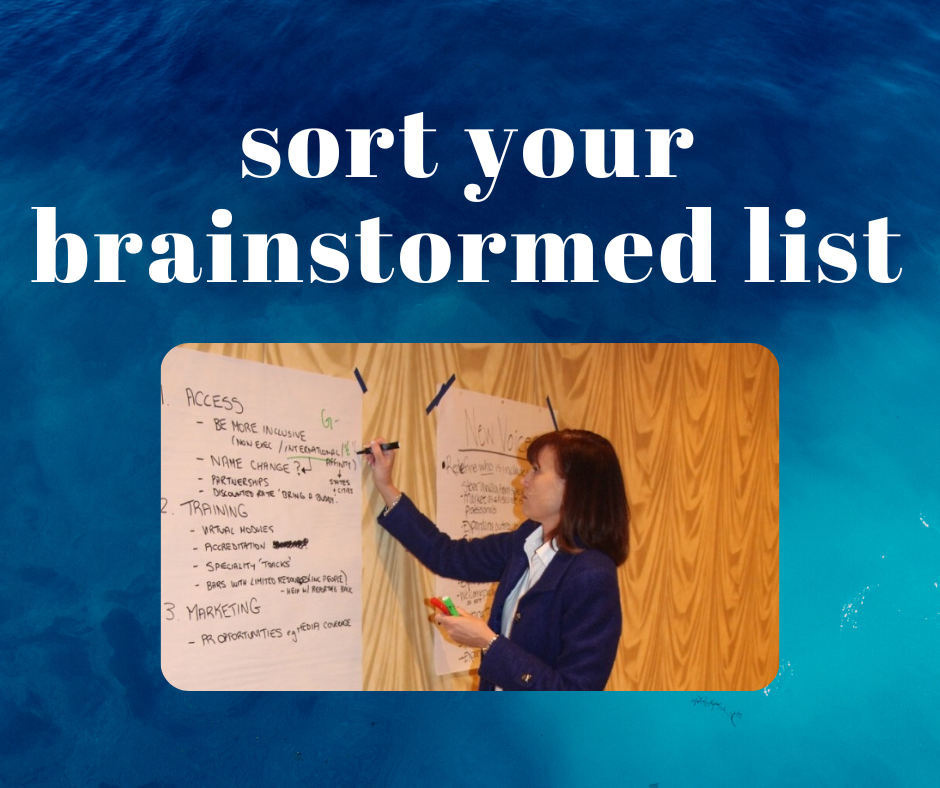 Most brainstorming lists end up in a long-forgotten pile — usually because the list was too long or intimidating to deal with.  By organizing your brainstormed ideas, you can quickly sort your long list into a few manageable categories.

There are typically three ways you will sort your brainstormed ideas:

Note:  Depending on which strategy you choose to sort your brainstormed list, you will want to write the ideas differently, so think about this ahead of time!

When you have narrowed the list down to five or so items, see if there is a possible “consensus” in the mix of ideas.  Is it possible to combine or create, or must the team select just one?

Whether you categorize or affinitize, you get the same result — several categories or “headers” with several cards underneath each header.  However, with an affinity diagram, you might see some non-traditional, even creative groupings of your ideas.

When building a flow diagram, the brainstorming typically continues in that people will continue to pick up a sticky and add a key step until it has the level of specificity you are looking for.

And that’s how you quickly sort through your brainstormed list – so that you can DO something with it!

7 Strategies to Keep Your Meetings on Track