How to Create a Force-Field Analysis 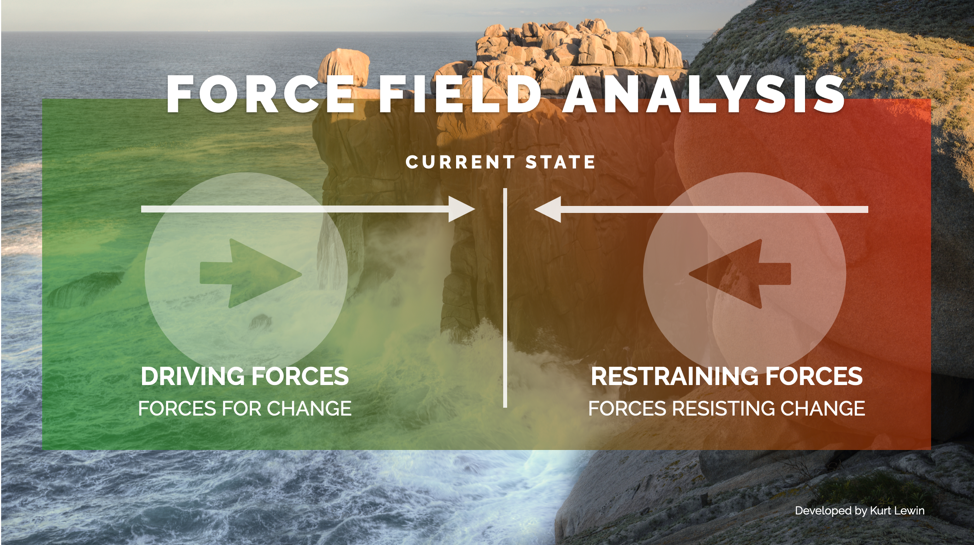 Whenever I am facilitating a team that is facing a potential decision, I suggest using a process tool called a “Force-Field Analysis.”

First developed by American social psychologist Kurt Lewin in the 1940s, the basic premise behind the Force Field Analysis is that “an issue is held in balance by the interaction of two opposing sets of forces – those seeking to promote change (driving forces) and those attempting to maintain the status quo (restraining forces).”

I use this tool to create a discussion around:

From that discussion, you’ll have better clarity and insight into the potential success of changing from the current state into the desired state.  Once the decision has been made, it feeds into the action plan for change and communications.

How to Create a Force-Field Analysis

Tips for Brainstorming a Force-Field Analysis

The Force-Field Analysis can be used at any level (personal, project, organization, network, enterprise) to visualize the forces that may work in favor and against change initiatives.  The resulting diagram helps the team picture the “tug-of war” between the forces around a given issue.

Hopefully, this gives you some guidance on how to create a force-field analysis.

Try this Process for High-Stakes Decision-Making

Our Decisions are Influenced by the Way the Choices are Posed