Is Your Baby Ugly? 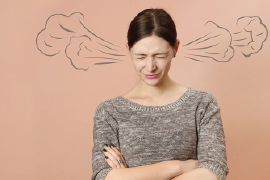 It’s hard to get feedback on something that you’ve worked on.  You thought about it, mulled it over, formulated some initial thoughts and put it on paper.

And then you presented it to the team.  OF COURSE they have some additional thoughts and ideas. ” Change this”, they say.  They question, “Have you thought about that?”  “Why did you say that?”  They press you, “Could you do this better?”

You could become defensive.  After all, it’s your baby.  You created this.  You put a lot of work into it – shaping and forming it so that you could present it to the team.  And all these comments are basically saying, “Your baby’s ugly.”  That’s darn hard to take.

Or you can recognize that it’s part of the process.  It not only makes the final product better, but it helps the entire team get onboard with the idea.  Now, it’s more than your pet project; it’s now the team’s project.

You’re baby isn’t ugly.  We just want to make it look prettier, be smarter, be more efficient, be less expensive to produce.  Okay, we want your baby to be gorgeous – and you can’t do it alone.  You need your team to help make it better.

Even though I know all of this, it is still hard to accept feedback. I was recently working on a report for a non-profit association, and I sent my “draft” report out to the team requesting feedback.  Encouraging them to “bleed” all over the report – write your new ideas, corrections, deletions.  After all, I was not going to be the only one deciding on the report recommendations.

It had to recognize my feelings for what they were.  It wasn’t a personal attack.  It was just part of the process and I had to let it go.

Which I did, but it’s still HARD to do.

And that’s a big reason why working on teams is HARD to do.  Letting go of your own preconceived notions and allowing the team to make it better.

Kristin Arnold is a professional meeting facilitator and international speaker who is passionate about teamwork. The Extraordinary Team’s approach to building high performance teams combines consulting, coaching, training and process facilitation within the context of working real issues. You can read more of her work in one of her books Team Basics, Email Basics, Team Energizers, or Boring to Bravo.