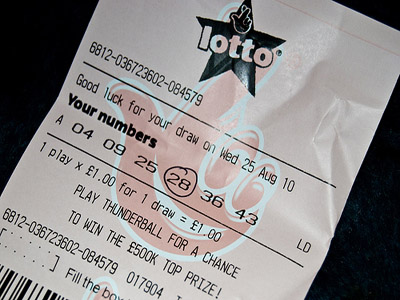 Not everyone plays the lottery, but I buy a ticket every once in a while when the stakes reach over 10 million or so.  Even though I know in my heart of hearts that I have a snowball’s chance in Hades, it’s a diversion.  A small speck of entertainment in an otherwise normal day.

If you play the lottery, do you buy the super-fast, computer-generated ticket or do you take the time to submit your own special numeric concoction – even though both techniques statistically have the same odds of winning?

In a famous experiment cited recently in the Harvard Business Review blog, the researchers asked, “how much more do you have to pay someone who ‘wrote their own number’ versus someone who was handed a number randomly?”  The rational answer should be that there is no difference since the odds are the same.  In reality, no matter what location or population, the researchers always found that they have to pay at least five times more to those who wrote their own number!

I have tested this out with several of my clients and colleagues, and it’s true – even though you should theoretically have to pay less for self-selected tickets since there is a possibility that two or more people wrote in the same numbers (whereas the computer generated numbers are unique and you won’t have to split the proceeds with anyone else)!

What does this mean for your teams work?  When we choose for ourselves, we are far more committed to the outcome – by a factor of five to one.