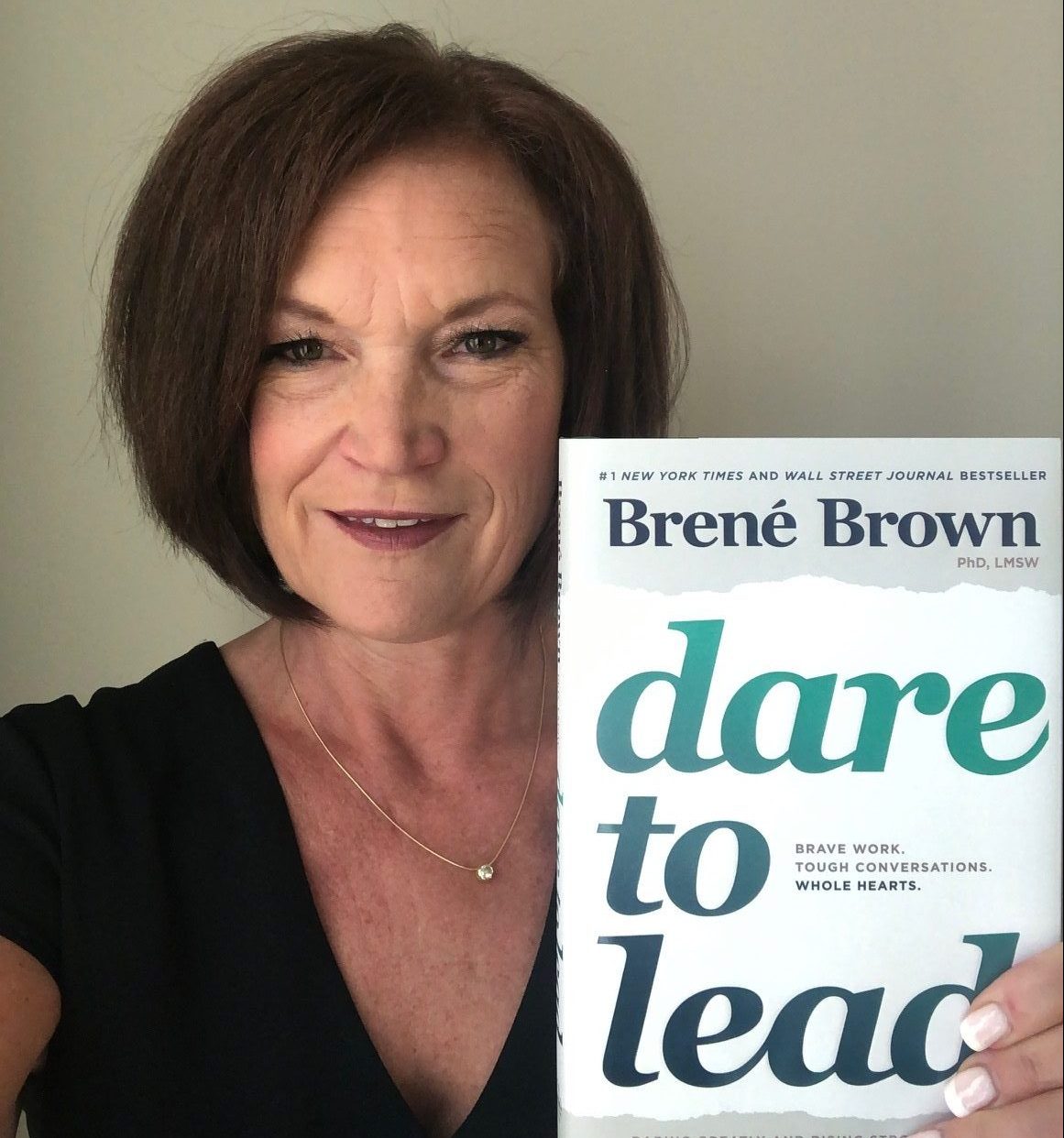 Dare to Lead: Brave Work. Tough Conversations. Whole Hearts is not the first book written by Brene Brown on my bookshelf.  I doubt it will be the last.

But what I like about this book is it takes the work she has done on courage and being brave and placed it in a business context.  Her premise is that without courage and the ability to be vulnerable, you can’t be an effective leader.
But it’s not vulnerability for vulnerability’s sake.  That’s called manipulation.  She defines a leader as “anyone who takes responsibility for finding the potential in people and processes, and who has the courage to develop that potential.”
It does take courage to develop potential.  And initiative.  And time.  And patience.  That’s my list.  Hers is much more extensive:  It takes the ability to “rumble” (have a vulnerable conversation) with your people without “armoring up” (get all defensive).
She has a great section on living your values – which I found to be quite valuable and affirming in the work that I do with leadership teams.  Brown says, “haring values is a massive trust and connection builder for teams.”

Here are two ways she has done this:

1)  Have your team share their top two personal values (and if they don’t know, she gives you a process to determine them) as well as three behaviors that support the value, three slippery behaviors that are outside the value, and an example of a time when you were fully living into this value.
2)  At the beginning of a two-day event, every person wrote their two values on a large poster.  Over the course of the two days, they all wrote down on each poster one reason they appreciated that person and how they live into their values.  She says, “It was beautiful.  I still have mine. It’s hanging in my study as a reminder.”
This book is a great reminder of how to be compassionate and human while leading your team.